Europe's museums are filled with the colonial plunder of their bloodied history, but cultural restitution of looted artefacts has never been part of the revision process.

In 2016, Neil MacGregor, the then recently departed director of the British Museum, was interviewed on the eve of taking up the directorship of its newly built German equivalent, the Humboldt Forum in Berlin. Under the headline, “Britain forgets its past, Germany Confronts it”, MacGregor talked of Britain’s resistance to dealing with its colonial past. This, he said, was in stark contrast to Germany, whose past under Nazism was still within living memory—but which had reckoned with its history by commissioning memorials and conducting extensive archival and public education programmes.

By comparison, Britain’s nineteenth and twentieth century war crimes are still heavily present in public life. Nowhere can this be seen more clearly than in its cultural institutions, and most famously of all at the British Museum. Around the time of MacGregor’s remarks, a renewed focus fell upon decolonisation projects across the UK, in-part galvanised by grassroots campus movements such as Rhodes Must Fall.

The article went on to describe McGregor’s life’s work, which has “been devoted to the judicious excavation of history and memory; to the understanding of our post-colonial world through the drama of objects from the priceless to the humble, that the past has bequeathed to us.” The phrasing is striking in its euphemism, as if looted artefacts are gifts from the past, rather than legacies of violent dispossession. 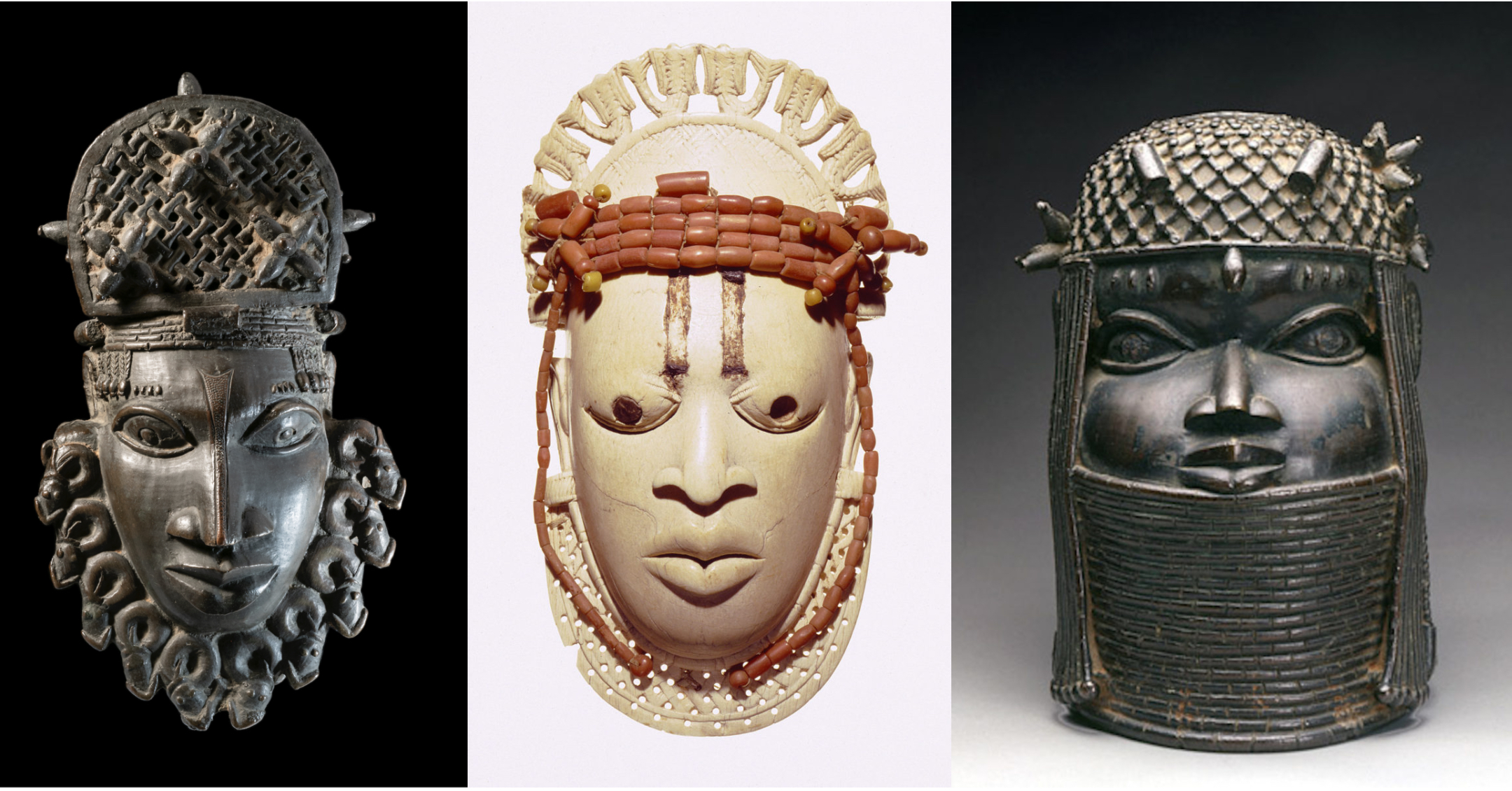 The impulse to compare Britain’s attitude not to Germany’s own relationship with its colonial past, but instead with the country’s Nazi legacy, is troubling. After all, the first noted genocide of the twentieth century was committed by German troops not on European soil but in German South West Africa (now Namibia) against the Ovaherero, the Nama and the San. And yet, as in the UK, the legacies of Europe’s colonial plunder live on in Germany’s august institutions, including the Humboldt Forum. So much for confronting the past in all of its bloodied, racialised brutality.

Working with Scotland Yard and British Customs, the British Museum recently revealed its work in helping restore trafficked antiquities plundered from Afghanistan and Iraq in the 1990s and and early 2000s, but it has repeatedly failed to directly address its historic role in acquiring looted and smuggled objects. Cultural restitution of looted artefacts has never been part of the revision process, which has largely focused on just one group of objects: the Parthenon Marbles. The petitioning of successive Greek governments and the opening of Athens’ purpose-built Acropolis Museumin 2009 have kept calls for their return at the forefront of restitution debates. 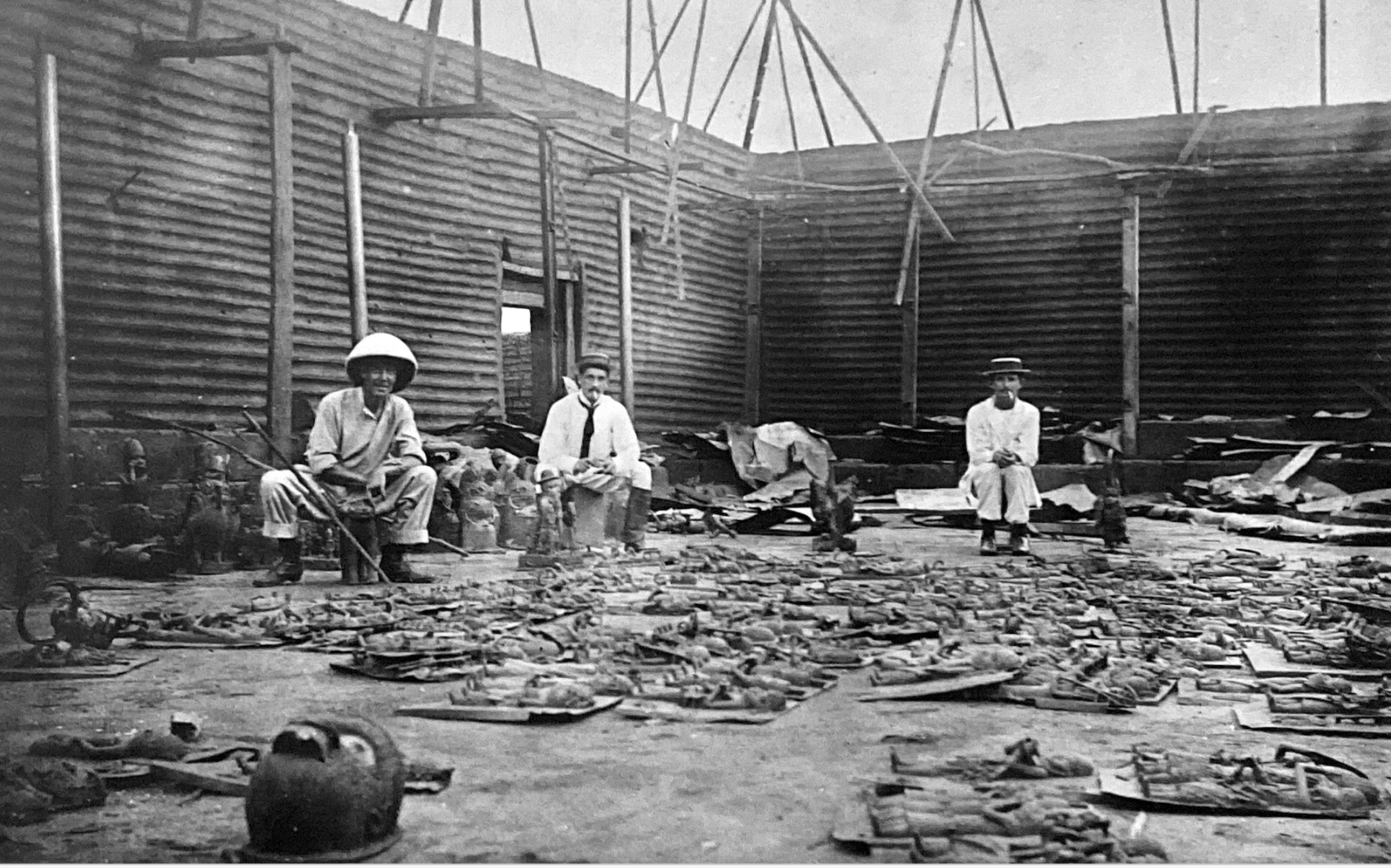 That debate has, however, been largely detached from the wider one of decolonisation, which reveals a great deal about how we separate objects from classical antiquity from those outside the Western tradition. Racial hierarchies, denoting those of “developed” civilisations and those that are “primitive”, are implicit in such a demarcation, even if such discriminatory language has shifted.

This can be seen in Oxford, the home of two archeological museums. The Ashmolean contains works from the Western tradition, including those from Classical Antiquity. The Pitt Rivers Museum contains an “ethnographic” collection, including sacred objects, or what were once described as “fetish” objects (unlike those describing temple artefacts from Classical antiquity): masks, weapons, archeological fragments, and shrunken heads (tsantsa). The latter were removed from display this autumn as part of the museum’s ongoing decolonisation process.

Dan Hicks, a curator at the Pitt Rivers Museum and professor of contemporary archeology at Oxford university, makes a forceful case for restitution in his book, The Brutish Museums: The Benin Bronzes, Colonial Violence and Cultural Restitution (2020). Much of its persuasion lies in descriptions of the sheer extent of what Hicks calls the “ultra-violence” enacted by the British during an expedition to modern-day Nigeria which “saw the suspension of any moral codes”. 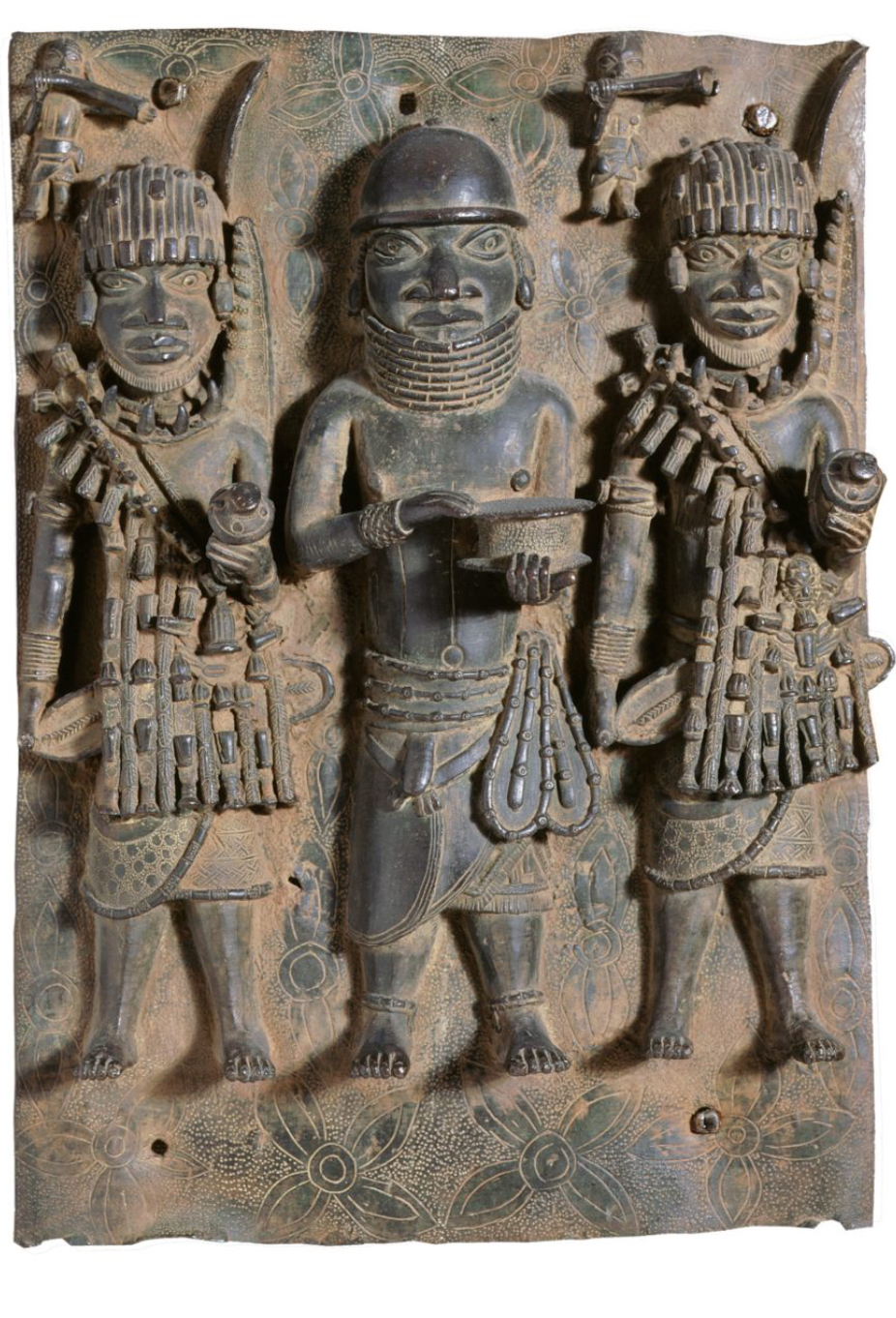 The Benin expedition of February 1897 made use of the most advanced weaponry, which included the Maxim gun (with its ability to fire 600 rounds per minute). The attack was ostensibly in retaliation to the killings of a small British delegation to Benin a month earlier, but there is no justifying its sheer scale and ferocity. Scores of Edo people were slaughtered, while widespread pillaging garnered as many as 10,000 royal brass relief plaques and statues, ivories and other objects. These found their way into the collections of the British Museum, as well as museums across Europe and America.

Hicks argues that figuratively rearranging the furniture at the museum, including simply writing better labels, doesn’t go far enough as a reparative act. He quotes Sumaya Kassim’s essay The Museum Will Not Be Decolonised (2017): “Decolonising is deeper than just being represented. When projects and institutions proclaim a commitment to ‘diversity’, ‘inclusion’ or ‘decolonity’ we need to attend to these claims with a critical eye […] I do not want to see decolonisation become part of Britain’s national narrative as a pretty curio with no substance—or worse, for decolonialism to be claimed as yet another great British accomplishment: the railways, two world wars, one World Cup, and decolonisation.”

As Hicks explains, many institutions have already dismantled more visible symbols of racial superiority: they no longer display human skulls and “scientific” photographs classifying the head shapes and facial features of non-Europeans. These displays of white supremacy were frequently used as justification for keeping the stolen relics. With that now stripped away, how can objects continue to be withheld despite repeated requests for their return? In the case of the Benin bronzes, requests have been made since 1936, when Oba Akenzua II formally petitioned for their repatriation.

Institutions like the British Museum now have to rely on other arguments to justify their intransigence, though these can often appear just as self-deceiving, self-serving and patronising. One such defence is that European institutions are better able to care for these objects; another is that institutions such as the British Museum attract far more visitors, scholars and experts than is likely elsewhere.

In the case of the Benin bronzes, a new proposal was recently unveiled for a museum in Benin City dedicated to West African art, which forms part of an initiative led in-part by the British Museum. But whether the museum is willing to permanently part with its Benin bronzes, rather than offer them as short-term loans, remains to be seen.

And what would a genuinely decolonised museum look like? The possibility of empty glass cabinets and interactive displays of returned objects is unlikely; there are certainly more objects in storage than there is room to display them. Moreover, cultural institutions have a moral duty to tell rather than erase history. A museum in the process of confronting its past must offer greater opportunities for understanding imperial legacies than one which justifies its hoardings on dishonest grounds.