A member of the influential Blk Art Group in the 1980s, Claudette Johnson's exhibition 'I Came To Dance' at Modern Art Oxford features 30 works on paper by the artist, spanning four decades from the '80s to the present day

Claudette Johnson doesn’t describe herself as a painter or a drawer of portraits, but that’s how her work is often described, since she always depicts a sitter, who is usually a friend, a relative or perhaps herself.

These over-life-sized figures represent, she says, something beyond a portrayal of an individual; they offer a way of exploring black identity and representation.

Johnson, who was born in 1959 in Manchester, is of Caribbean heritage and in the early 1980s became a member of the Blk Art Group with artists Marlene Smith, Keith Piper, Donald Rodney and Eddie Chambers.

The group organised conferences exploring institutional racism within the art world and examining ideas of what constitutes ‘black art’. Artists associated with the group, who also included 2017 Turner Prize-winner Lubaina Himid, organised exhibitions of black British artists and the group had a pivotal role in the UK’s Black Arts Movement. 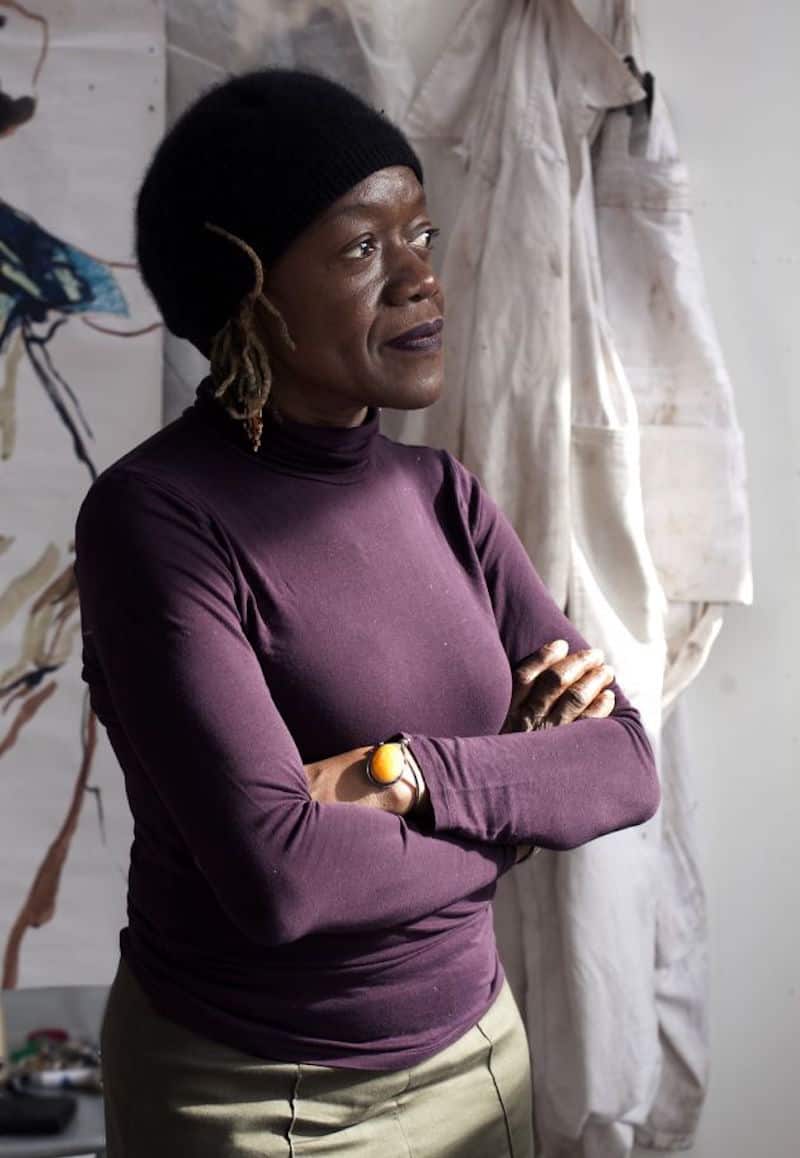 Modern Art Oxford’s survey of your work extends over four decades. There’s work from the early ’80s, some from the early ’90s, one or two from 1997, and then we make a big leap to very recent work. Why the gap?
We tried to choose work from the strongest eras. But also the late ’90s, early 2000s was a period where I got involved in a lot of other things. I was teaching quite a lot. Lubaina [Himid] has talked about the ‘wilderness years’ and maybe they were for me too. Other things came to the fore. Studio space was more difficult to hold on to and it just became a quieter period for the work.

Was that a frustrating time?
I would at times feel frustrated that I was teaching and not doing. I know lots of people find that teaching is a good balance to their practice, and I did enjoy it, but I would at times resent the time it was taking away from my work. But it was necessary because it was my livelihood.

I saw the Frank Bowling exhibition recently [the British-Guyanan artist currently has a survey show at Tate Britain until 26 August], and I’m struck by contrasting approaches to the label ‘black artist’.  He’s always resisted that label, while you have embraced it and have found a political resistance in embracing it. Do you think that’s a generational difference, since Bowling, at 85, is a quarter of a century older than you?
I think for Frank Bowling, his identification is a more complex thing than just not wanting to be labelled a ‘black artist’. The reason I say that is that is he attended the first National Black Artists convention in Wolverhampton [in 1982], which as a member of the Blk Art Group I helped organise. And he was there because he felt this was a relevant discussion, and that even trying to formulate an idea of something we might call ‘black art’ was worth debating.

Of course he was making arguments against the possible straitjacketing effect of labelling oneself as a ‘black artist’, but he also understood the reasons why you might want to foreground the term ‘black’. I think more than now, ‘black’ was such a political term, and many of those beliefs chimed with him, so I don’t think it’s a generational thing.

The other reason why we embraced it so much, and this might link to Frank, is that as British-born art students we understood that we had a right to call ourselves British and to be here. At the same time we had a connection to the Caribbean and we had recognised that, when we came together, all of us were making work that referred directly to the experience of being black in Britain at that moment. 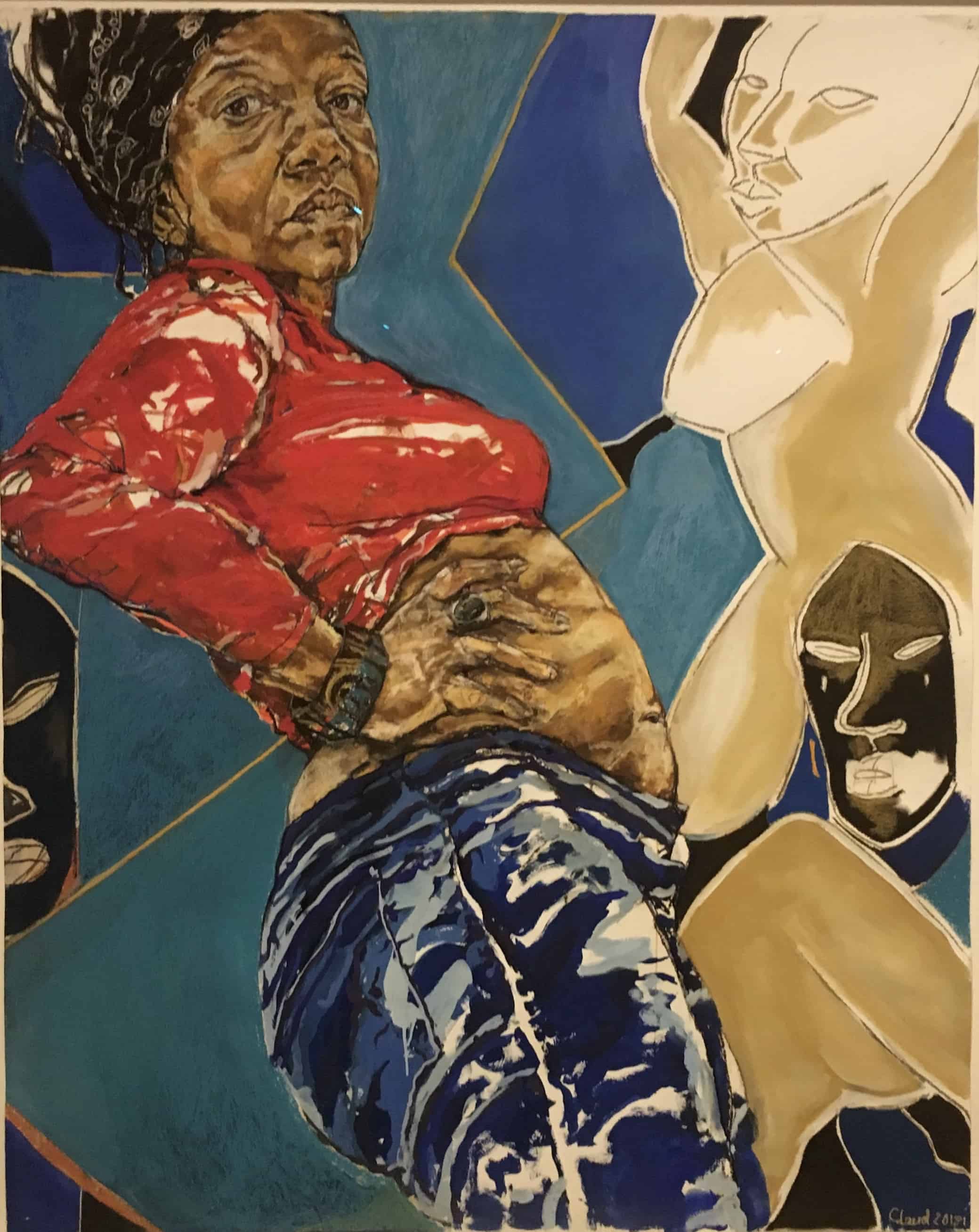 Yes, unlike the British-born artists you were a part of, Bowling was born in Guyana and came to England aged 15. But I also find his ambivalence towards the identification of ‘black artist’ interesting because he went to the States and he made a name for himself there, and there was a much stronger black arts movement, linking right back to the Harlem Renaissance. But I suppose he felt his work didn’t fit into that whole scene – he felt more kinship to abstract expressionism.
I can get that. As I say, it can be a straitjacket and it certainly has been when I look back at reviews. It was certainly used to – I don’t want to use the word ghettoised – but it was used to hold the work outside of the British art canon for decades, and that’s not helpful.

You’ve already mentioned Lubaina, and you’ve described her as not only a friend but a mentor. In what ways was her support beneficial?
There are so many ways it’s almost impossible to say. I met Lubaina in 1982 and our first connection was the work we were making. It was clear she was going to be a driving force, because she immediately started gathering together women and saying, “Send me your slides, let’s get this show together.” She’s been an anchoring and galvanising force in my creative life. 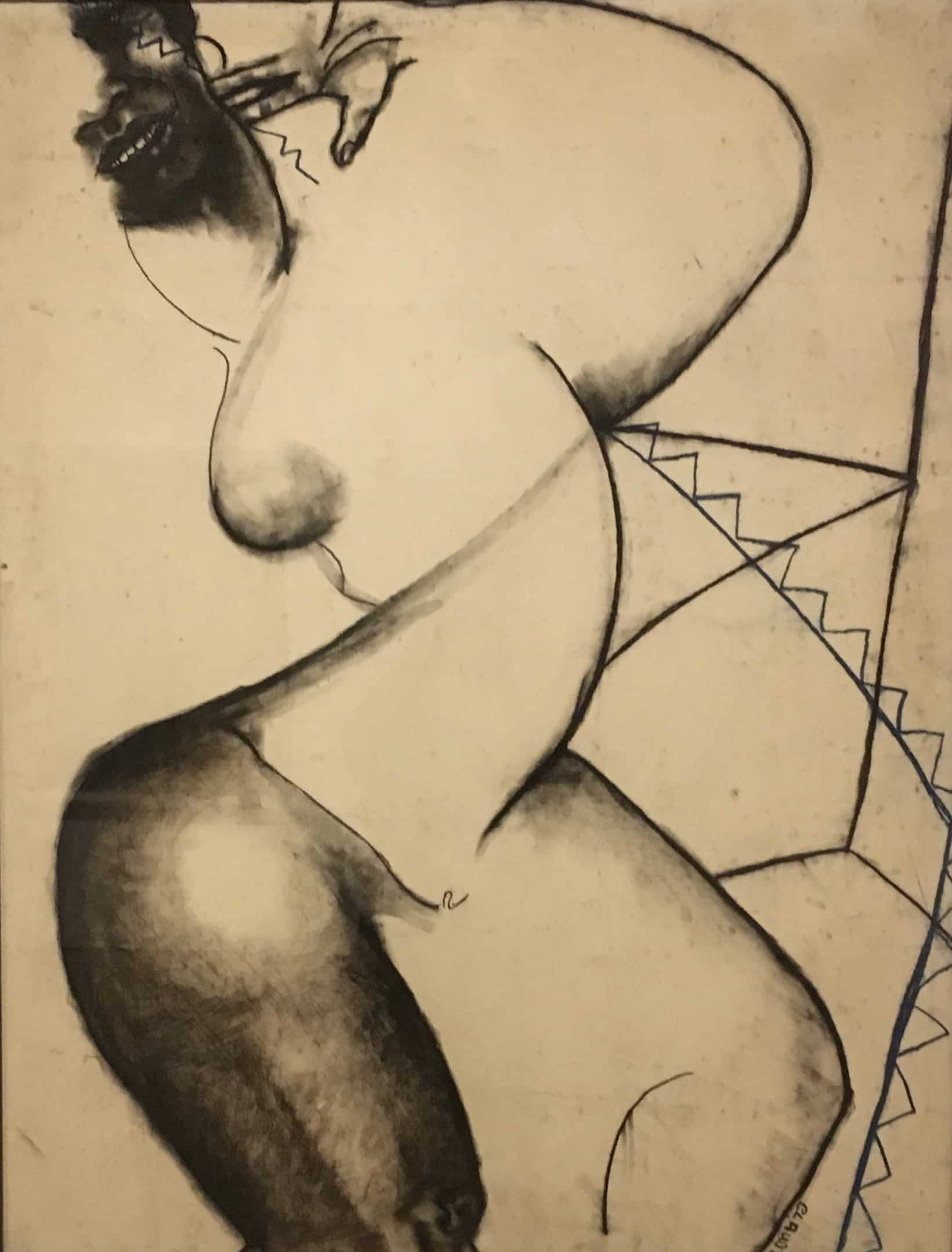 How are you enjoying recognition now?
I’m continually moved and surprised by the feedback I get from people about how they connect with the work. But I do worry about some of the ways the work is contextualised with people wanting to fit it into a particular bracket, and that’s where I link with Frank’s resistance to some of the terminology around artists of colour. It can set up a precondition for approaching the work that I think isn’t helpful.

Can you talk about how your style has developed, from your earlier work, with its fractured forms, to a more naturalistic language now?
I think the point at which I started making work which was semi-abstract, as I describe it, I did feel I’d found a new language, my language. But then, equally, in the way I’ve been working recently I feel that’s also my language. So I don’t feel it’s a chronological progression. The commonalities that go across the work, the way that line is being used and my interactions with the material, is the same. But I did feel that, in the early ’80s I had that eureka moment: I’d hit on something that was talking about all kinds of things to do with colonialism and slavery and racist stereotypes of black people, but was also a celebration of various cultural aspects of being black.

You’ve entered a really prolific phase now.
Yes, and to be in that position is a great privilege and pleasure. I’d love to have had that 20 years earlier but whenever it happens it’s great. It might not have gone that way, so it’s an exciting moment for me.