She came to prominence in the early 2000s with her eerily unsettling, but also profoundly poignant, horse sculptures, using real horse pelts. Since then, animal and human forms, in striking and evocative postures, have been a feature of her work.

However, her new body of sculptures, presented in ‘Stages & Tales’ at Hauser & Wirth Somerset, are a relatively new direction for the artist.

Having moved away from the figurative work with which she made her name, here the human presence is explored through its absence.

Working with old and semi-decomposed blankets, which hang in layers on the wall, and with animal hides moulded in wax, these works are her most abstract to date. 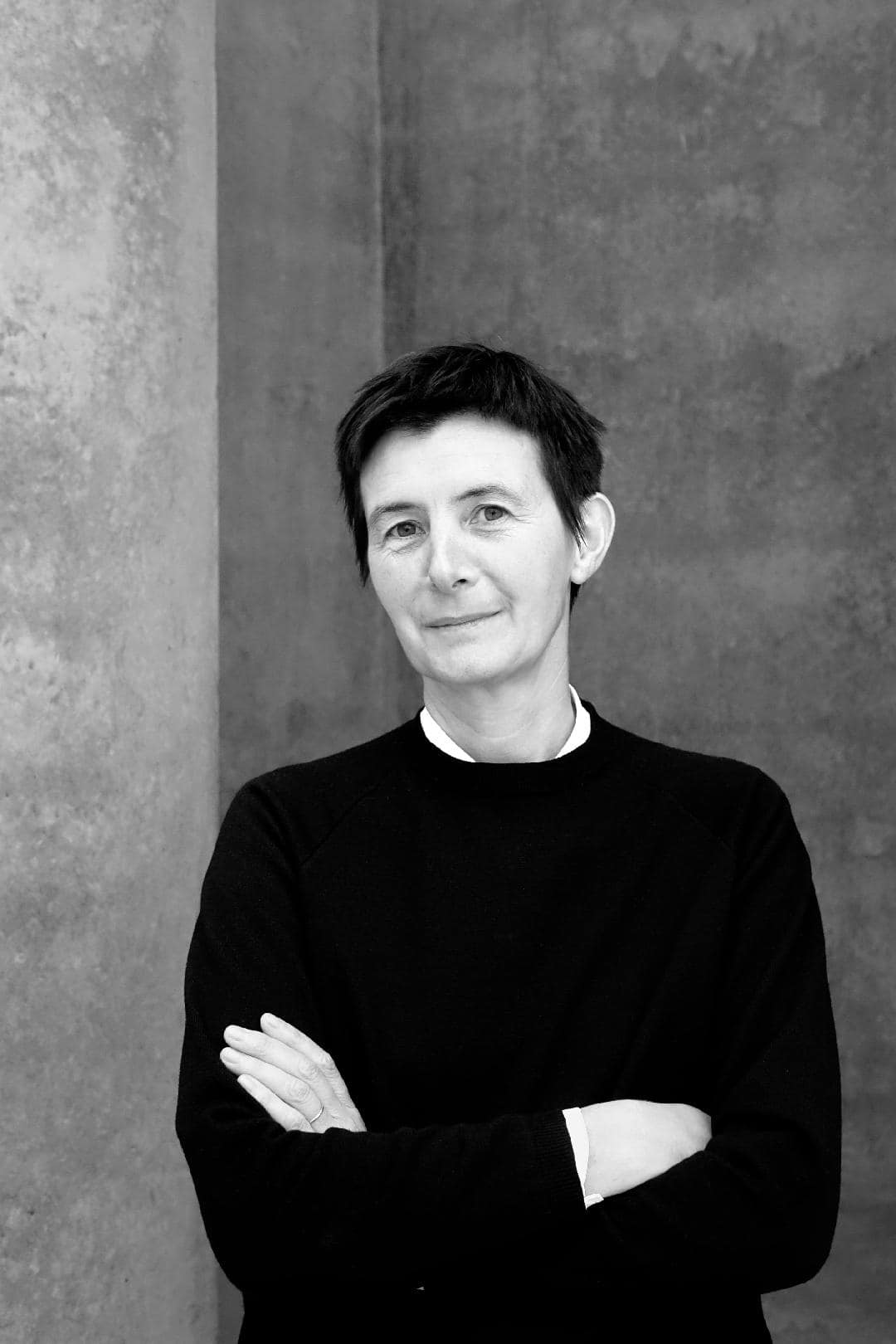 You’ve been working with animal skins for most of your career, including your early, eerily unsettling horse sculptures for which you’re probably best known. So let’s start by talking a bit about those.
I’d been working with horse skins since 2000. But I was always very interested in skin. For the horse pieces I was interested in a certain thickness of the skin, a colour or hair length, so I had a need for very specific skins. Going to the workshop where they supply skins to the leather industry gave me the feeling that the people working there took care of something that maybe had no value any more, something that would normally be put in a plastic bag for garbage. But it’s like they gave the skin new life. From then I became interested in the meaning of skins.

But the way I’ve worked with skins is very different now. The skins here [in the current exhibition at Hauser & Wirth Somerset] are moulded in wax and piled up in a stack. But yes, that interest in skins was there from the beginning. 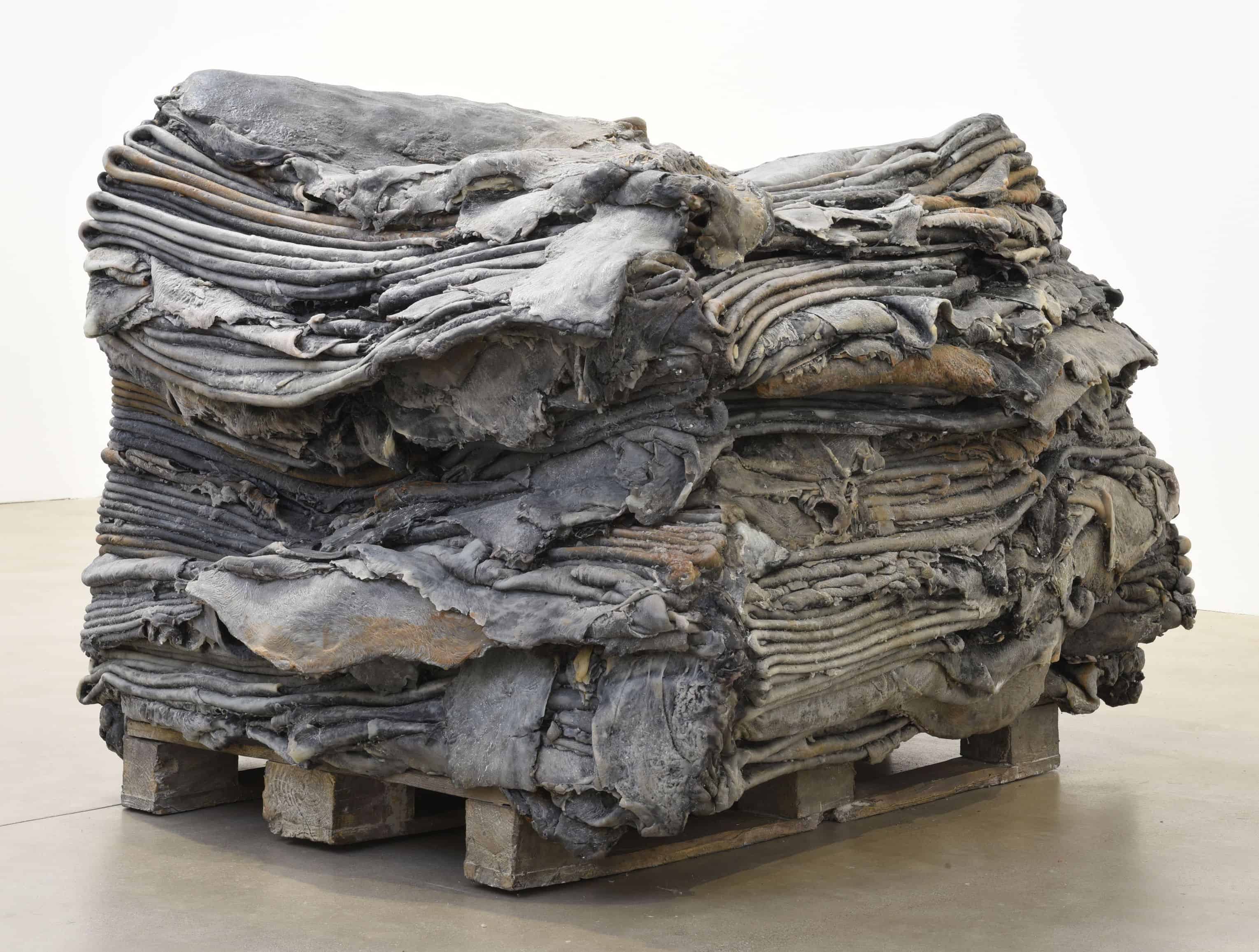 As well as the moulded animal pelts, in one series of works you’re using old, weather-worn blankets. What made you move away from figurative work?
I can’t name these new works abstract pieces because the material is not abstract. The blanket pieces are not an abstract material, like wood or iron or whatever you usually use for sculpture. The blankets are loaded with stories of people. 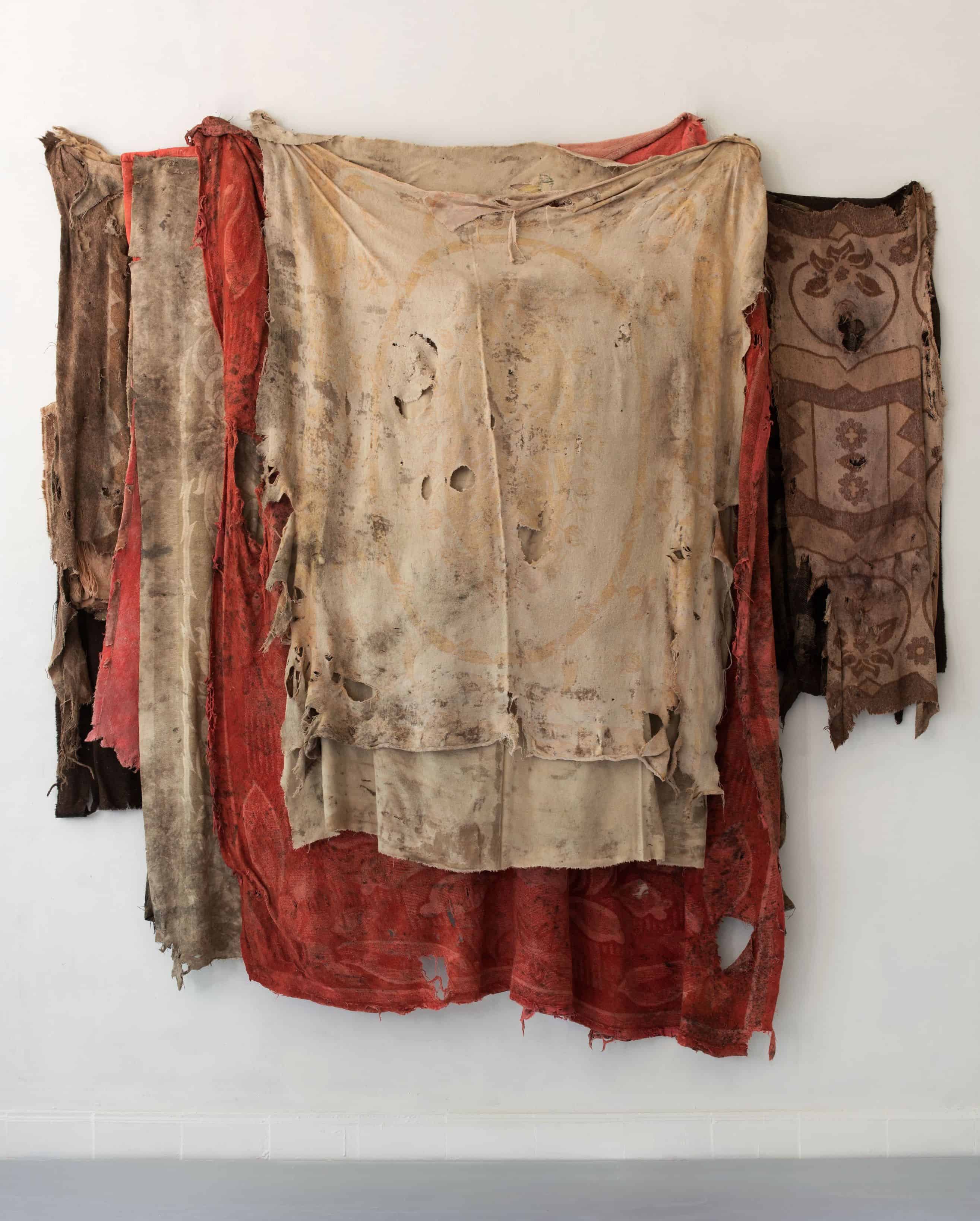 I was thinking more in terms of you moving away from using the body. The human or  animal presence was always at the forefront of your work, and now the work is about its absence.
These days, for me, the human body by itself is not sufficient, not conceptually big enough, to talk about the issues I want to talk about: that we are part of nature and the importance of nature. If you look at the media, we see these enormous typhoons and how strong nature is and how quickly we become nothing. On the other hand, nature feeds us, gives us water. I’m not able to translate that in my work through the human body.

You grew up in Ghent, where you still live and where you have a huge studio in a converted schoolhouse. How much would you say growing up in Ghent, and being exposed to the Flemish masters, shaped you as an artist?
Yes, it absolutely did.

In what ways? Are there particular artists you’ve always been drawn to?
The Flemish masters, like Rogier van der Weyden, or Memling, or de Vos, they are the ones the blanket pieces relate to. Very often I have an idea of the Cross, especially when you see the nails that I’ve used to hang the blankets on the wall. And the nail is a rusty, very aggressive symbol in relation to Christianity. All these themes are very deep inside me, so it’s not that I’m looking for them, they are there. When I was growing up, these were ideas I saw all around.

And is there also something about the materiality of Northern European art, the attention to detail, to textures, to fur?
Yes, of course. And also I think what is very typical about art in my country is that if you look to the paintings of Memling, for instance, there is something hidden inside, something very quiet. The way you can feel the distance between the painter and his model. It’s completely different to what we see in Spanish or Italian painting. They are more extrovert, and we in Belgium are more introvert. And this is a big difference in the art.

You work a lot in wax, a material we often associate with anatomical models. These must have been particularly influential to your work with the human body.
Yes, of course. I went to La Specola in Florence [a wax anatomical collection which is part of the city’s Museum of Natural History] to see all these wax models, and I also saw a lot of these models in Vienna. They are beautifully made, so that inspired me. I did a lot of research on the techniques they used to make them. My first works were made in wax and there was the idea to make them as realistic as possible, though eventually I wasn’t interested in the fact that you could use it as a realistic material.

You’re also very inspired by literature in your work. You’re a big fan of novelist J.M. Coetzee, and you collaborated with him for your 2013 Venice Biennale show, ‘Cripplewood’. How did that come about?
I wrote him a letter to ask him if he was able to join me for that big adventure in Venice, saying I couldn’t choose a curator who was working with me, and that I needed someone to feed me. And the reason I love to work with him, and it’s still on-going, is because he is my soulmate. We are really very similar, the way we observe humans and the way he deals with the same topics I do. I’m a big fan of his honesty. We as people always want to be someone other than who we are because we are shamed by parts of ourselves, and he is able to describe all these shaming things in a beautiful and very honest way. This what I’ve learned from John Coetzee and it’s what I’ve tried to translate to my own work.